So after the rain in October (you can read about that here), Mana Pools looked quite different as you can see in most of the pictures. More mud, more green, less animals although I had some nice sightings still. And as always I also go for the little things.

In the ablution for instance I found this little green snake. I was doing my laundry and the snake passed me by over the wall in front of me. Since my car was quite close, I ran back to get my camera.

Same for the elephant, who was having a cool bad right next to my camp spot. I love these moments when you don’t even have to go anywhere, since wildlife simply comes to you.

Close to another camp site where I stayed a while, lions killed two crocs at night. There was already a dead hippo laying when I got to the camp site. It really smelled bad! That’s probably the reason why the crocs came out. They wanted to enjoy a meal, but instead, they became the meal!

So that night I heard the sounds of the lions killing the crocs which was truly incredible. It was only about 400 metres away from camp, so pretty close. I heard the hissing of the crocs, the snapping of their jaws, which sounds really loud. As if you bang two coconuts together. Pretty impressive! 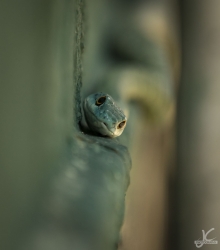 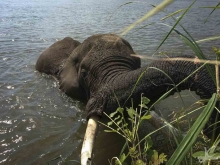 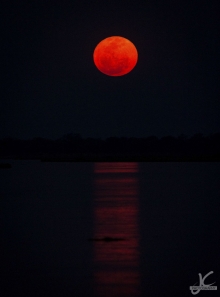 Birds are always around, also on your camp site. It’s always a good challenge to get them in nice light or action.

And talking about light, of course, there is no such thing as a bad sunset. What you see here on the pictures though is the moonrise, right after the sunset. It was full moon and it made the whole surroundings really look stunning! 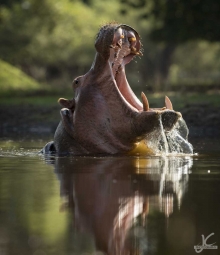 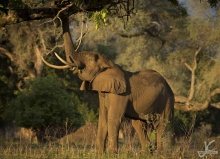 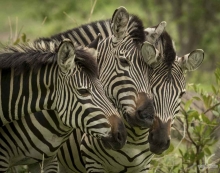 In November it was much harder to find the wild dogs so I had to focus somewhere else. From the beginning of my stay here (september), I had known there was a lioness with cubs, but I never got to see her. Until one day I was driving and they simply walked in front of me on the road. You see, you don’t always have to go looking for something…