The very first trip with a brand new car! Exciting!!! We started off in Windhoek and did the first packing and shopping over there while we stayed with lovely friends. Always a bit coming home…

The next day we left direction Botswana and stayed in Thakadu Campsite (close to Ghanzi) where we slept the very first night in our car.

A new car is next to exciting also quite some work. We had to go through all the ‘rubbish’ and stuff that we (mostly Jens) collected over the years. And just as with a house when you move, you truly only notice there are things there you didn’t even realise you had…

It was truly great though to have lots of space to put everything and to start fresh. Big drawers where it’s easy to find something and we created some compartments with boxes from the old car. We were very fortunate as well with the amazing help from Shane and Ann-Katrien. Shane did his magic on the car and Ann-Katrien was a big help when it came to going through things and getting rid of stuff.

I did found out quite quickly that a BIG car is great, but not always when you are small. I truly needed stairs to reach anything. 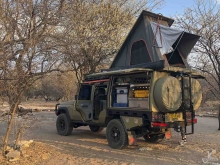 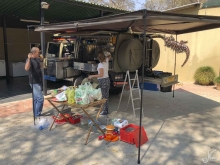 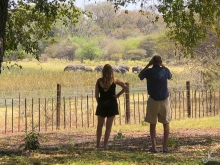 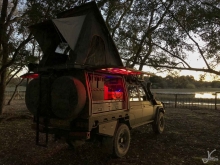 In Maun, we stayed with good friends as well and were astonished how beautiful their garden became. Much greener than before. Apparently we weren’t the only ones thinking that: one afternoon we saw more than 15 hippos right behind the fence in the front yard!

Because of my birthday a while ago, Jens had told me he had a surprise for me, but I had to wait until Africa. I first thought he meant the car or something like that, so I was truly surprised when I found out he arranged a four day trip ‘somewhere’. I’m quite the Sherlock, so obviously I discovered quickly we wouldn’t go by car. 😉 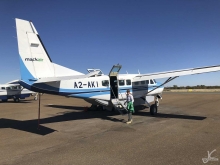 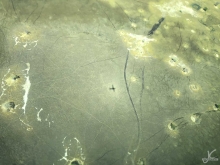 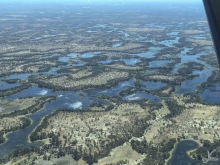 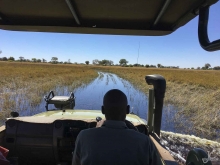 And I was right. We took a tiny little plane into the Delta to one of the most beautiful lodges I ever saw. Our first stop was Splash camp, where we were picked up in a private car. There was only one camp and so not that many cars driving around. Beautiful scenery with zebras and lechwe running through the water. Also the cars got a little wet every once in a while as you can see.

We saw beautiful giraffes fighting (playing), elephants drinking, wild dogs hunting and eating. We even got to follow some of the hunts by car which was amazing. One morning we were having breakfast and right across the pan, we saw lionesses and their cubs, so we rushed to the car and went there. Right in time to see the cubs play around! Beautiful…

One day we did a boat trip in the afternoon on the main channel of the Delta. We saw mostly birds then, but also a Sitatunga and they are pretty hard to find. Next to that, loads of storks, kites, etc. And a sunset in Africa almost can’t be bad, but on a boat it has this little extra… 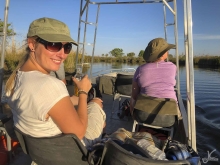 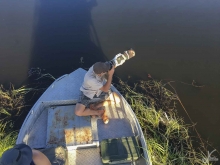 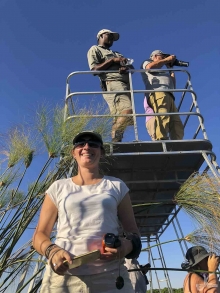 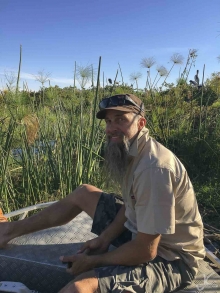 After a wonderful stay and being treated like a king and queen, we took another tiny plane towards to boarder with the Caprivi Strip and Namibia and our next camp, which was called Lagoon. There were only two other couples, so a very small camp. We were way outnumbered by the staff! 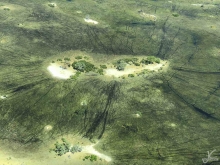 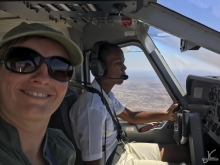 One morning we passed by a den and it turned out it was occupied by brown hyena. Very rare and hard to spot and now we witnessed two little ones playing around for about half an hour. Mom wasn’t anywhere to be seen, but the cubs didn’t mind us too much. Truly wonderful! 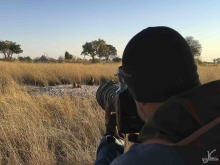 One afternoon we found a big herd of buffalos and with the sun setting and the dust they made, it was a stunning sighting. This was on our way to a carmine bee-eater colony. There were thousands of them and every once in a while they all flew away as if somebody blew a whistle. Nobody really knew why they did that exactly, since we didn’t see any real or possible danger for them.

And while we were watching the bee-eaters, I turned around at one point and saw a herd of elephants coming down to drink. Again, the light was just mesmerising. 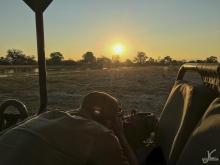 We had the best time ever and enjoyed the luxury and the stunning surroundings. It was almost sad to go back to the new car… 😉

And it became truly a little sad at one point… One afternoon Murphy was driving with us, since a stupid idiot decided full lines on the ground were there for no reason and so he drove straight into our car.

After the first fright and seeing the car barely had a scratch we were breathing again and I stopped yelling at the guy. Two seconds later Shane was already at the ‘crime scene’ to see what happened to ‘his baby’. The police needed quite some more time… 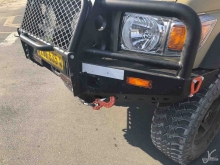 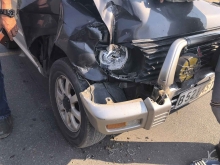 They finally arrived and we had to come with them to the police station. After quite some waiting they told us we had to stay at the police station for the night, since they would only do a damage control early morning. We refused to stay, specially because it was actually due to the fact the other guy couldn’t pay his fine and after all we shouldn’t be punished more after one guy was so stupid to ignore lines. In the end the head officer waved us away as long as we would return the next morning.

That we did and after some more waiting (2 hours) and a stressful time for Jens since another guy had to testdrive his car, we were good to go. We decided to leave that same day out of Maun and do a stop along the way to Bulawayo since we obviously had some delay…

One thought on “Okavango Delta, September 2018”