This year I was in Mana with a mission. I wanted to stay for a longer time and see how everything would evolve with the start of the rainy season. It got really very hot, although it already started raining every once in a while the end of November. On some of the pictures here in November you can already see some green starting to come out. But on these ones you clearly do! 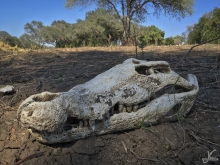 To start with I had to drive out again, to renew my visa and this time I decided to go to lake Kariba. I heard that was also a possible boarder crossing and there is a big advantage there. Since you don’t have to drive out of the country, there are no extra costs for the car and no visa for Zambia, only a new or extended visa for December. Perfect for me!  And since I wouldn’t stay an entire month, I would be able to get everything I needed for resupplying right there.

Back in the park, I spent quite some time at Chisasiko Pool this time and saw some nice sightings, like a fish eagle catching a fish and attacking a grey heron, a baboon with a midlife crisis and the beautiful african skimmers. The panned photos are spoonbills.

As you can see I have to position myself mostly in the sun, since the pools dried out quite a bit. And in these extremely hot temperatures, that is really a challenge! One day I decided to go to Long Pool and try to make photos of the hippos spraying water against the light. I figured I had to go there already in the afternoon, so they would get used to me. So I took all I needed (mat, water, cameras, binoculars) and I positioned myself on a sand bank. It took some sweat, concentration and patience, but I really enjoyed it. The spray sometimes has the form of a heart, don’t you think? 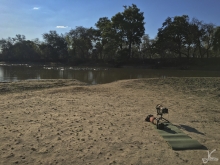 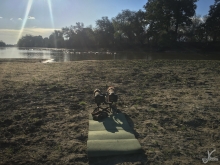 A few days later, I finally saw my first cheetah after so many years returning to Mana! Truly a personal win! 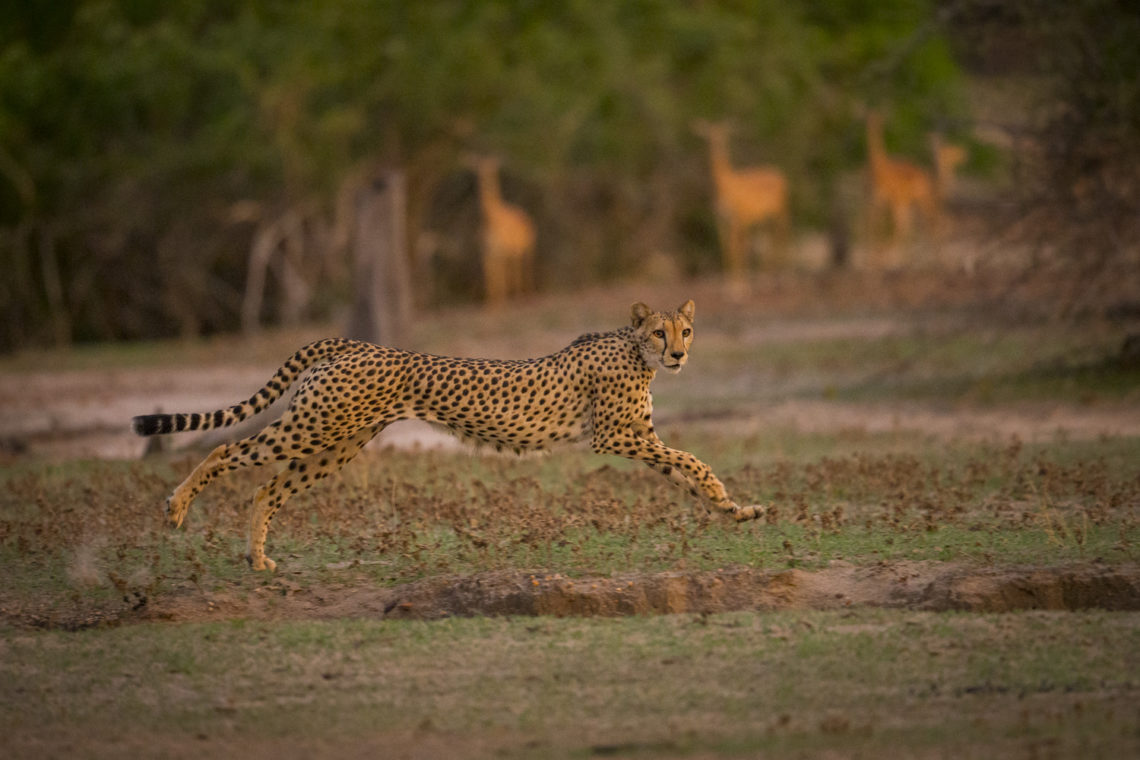 One day I found a shy pride of lions at Mana mouth. They killed a buffalo and were feasting on it. A meal full of mud since the carcass was laying in the water. It was not easy to take pictures of them, because they were very cautious. 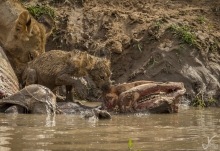 The big advantage of being in Mana Pools in the December heat, is that it’s actually possible to spent a whole day alone with a pack of wild dogs. One of the best things there is! It was amazing to see them play in the water and to just stick around on my own.

To end this final Mana post of three in a row (read here one and two) and so the story of almost three months straight, I want to show you some of my favorite African skimmer pictures. They are such graceful birds and so rare to see, that I love to take photos of them, as you might already have noticed here. I tried some panning and played with the light. Hope you like them too!

It has been an amazing three months, were so much happened and I got to know so many great people. It only makes me want to come back even more. Mana feels a bit like home for me now and I count the days until my next visit. It won’t be that long, because I decided I wanted to see it again right after rainy season…