After eating a lot of cheese in Macedonia, we were ready for some other food! The weather also changed the last week and it got really, really cold. I even took a hot shower in the middle of the day, simply to get warm again. In June! Anyway, we drove via Belgrade in Serbia were we stayed one night and had the best meal in a long time! To be honest, we also paid probably the same as we did for an entire week in Macedonia. It was really cheap there!

After the little stop in Belgrade, we crossed the boarder (first european border where we had to wait a long time!) to Hungary and arrived at Bence Mate‘s farm. Jens met Bence last year in Mana Pools. Although everybody knew who Bence was, Jens didn’t. So when they were introduced, Jens told him he thought ‘hide photography was actually cheating’. You can imagine it’s a hard start for a friendship when hide photography is entirely your thing…

Anyway, so Bence challenged Jens to come over to his farm and try for himself, to see whether he still thought it was cheating. A friendship was born (and a challenge accepted)! 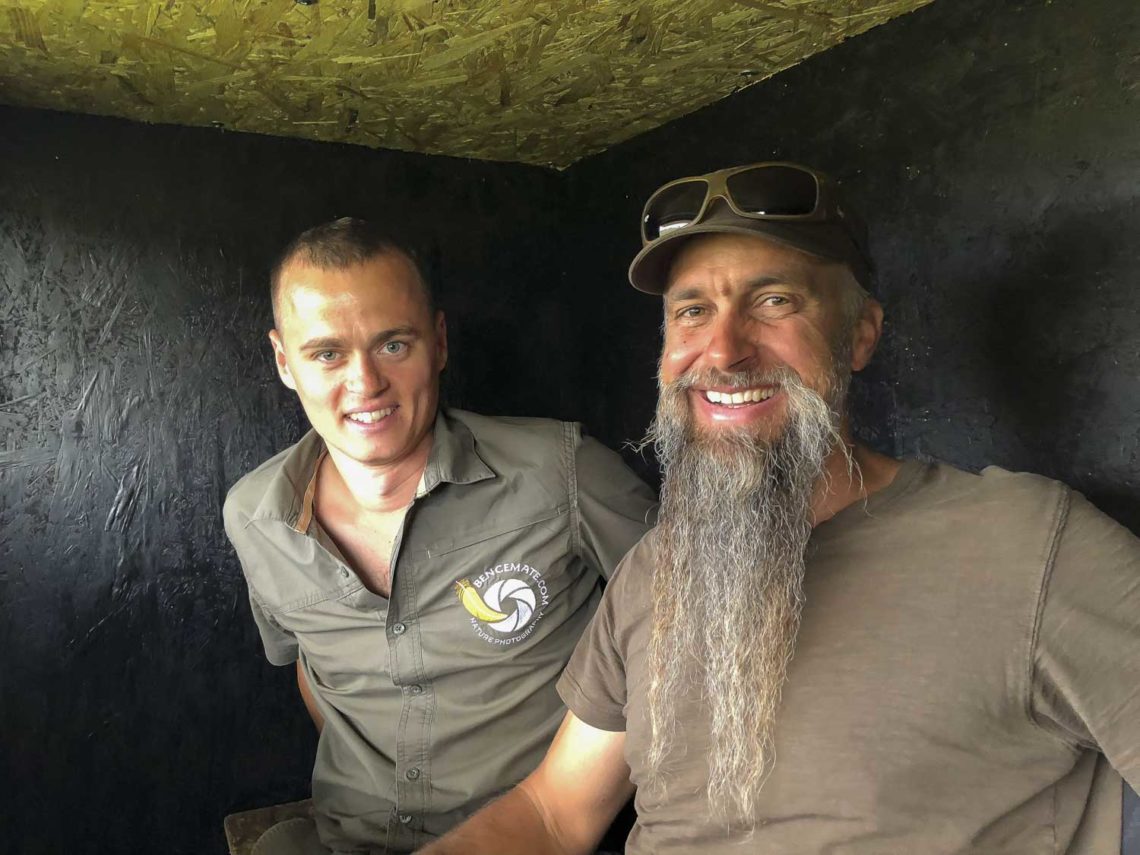 I was going to work over there as well, since they told me internet wouldn’t be a problem. Turned out it was and the only place where it was actually properly working was Bence’s own farm. So after two days we moved there and slept in a little tent, which was great!

The farm is amazing, the people truly kind and like a family. We felt at home immediately. The hides where quite amazing too. There are a few ‘simple’ ones. A wooden structure with a bench and a one way glass window. Some have roller’s in front, others bee-eaters, hoopoe’s etc. You always see the hide first and afterwards the pictures that have been made in that particular hide. Have a look for yourself! 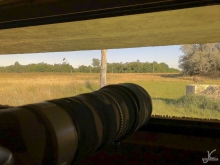 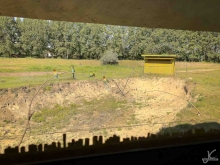 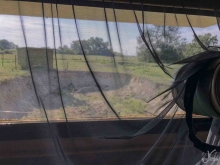 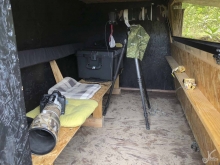 There were also hundreds of little ground squirrels running around the farm. There was a hide to watch them, but honestly, a chair anywhere in the grass would to as well. Or my favourite spot: the big swing! A huge swing with mattresses on where you could easily lay on with four adults. 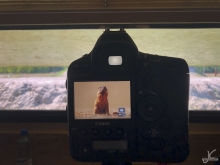 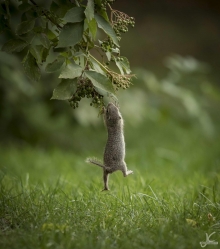 Some hides where truly at the waterlevel, which gave you to possibility to get pictures from an entirely different angle then normal. The pictures under here are again two different hides. One more in the open at a pond and the second one in the middle of the forest. 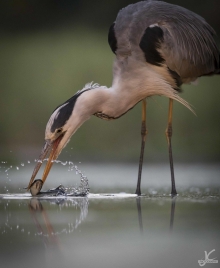 But as I said before, the whole farm is such a nice place you don’t really need to go anywhere. Right there is a little river, where they keep fish to feed the birds every once in a while. There even is a canoe, so obviously we went for a little trip one day. It’s very green and there really are a lot of animals around. We saw deer, turtles, fish and different kinds of birds. Oh and spiderwebs. Lots of spiderwebs! One day Jens discovered dragonflies on the water, so he didn’t need to go anywhere else… 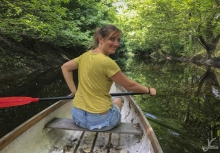 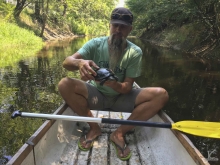 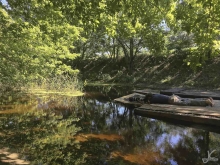 And the icing on the cake, is without a doubt, the fancy hide ‘the Theatre’. Calling it a hide is not really giving it the credit it deserves. You can sleep and live there for quite a while, there are the most comfortable chairs I’ve ever seen, they made a system that makes it possible to get fish into the pond to feed the birds you are looking at. You can probably imagine this brings in some extra.

The waterlevel always stays the same due to a second ingenious system that pomps up the water when needed or the other way around. There are two sides at the hide, so you can chose to turn your fancy chair around and shoot against the light whoever you want. And on top of all that there is super fast internet in the middle of a national park, while you are basically sitting in a whole in a ground. Amazing! 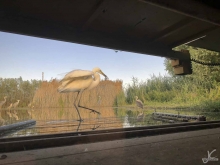 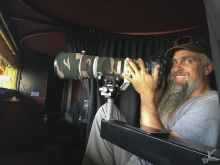 As you can see it’s not only birds. Every once in a while one or two foxes came to drink or just passed by. The last picture above is Jens in front of the hide. To get to the birds you have to pass a long low and dark corridor, so you would not disturb anything with entering. Truly wonderful.

To end with, a funny note. We were there in the middle of the world cup. Sadly Germany didn’t do so well, but Belgium on the other side was fairly good. And when they had to play France, it became quite a thing, since there was a group of people half from France and half from Belgium. Bence showed he has more talents then just building unbelievable hides all over the world and taking incredible pictures, he’s also a true entertainer. He made sure there was a big screen, popcorn, divided benches for Belgian and French supporters and even the security was taken care of.

Whether Jens still thinks hide photography is cheating? Well, not for Bence! Since we saw how he built the hides all himself in freezing water and crazy circumstances. He checked everything himself and he must be one of the most patient people on this earth (most crazy too, but that’s another way of looking at it!). So he definitely is not a cheater. Safe conclusion, don’t you think? 😉 You can see his work right here. We already look forward to go back one day!