This trip started off in the Okavango Delta in Botswana, more precisely in Khwai. Over the years people I got to know turned into friends and since they live (and work) over there I went for a visit. It’s also a great area if you love leopards, since you’ve got a good chance to spot them here.

This time I got really spoiled when it came to leopards. I got to see several different leopards and even more than one at the time. There was one female leopard with a small three months old cub. Mom is called Mmatsebe by the locals, which means ‘chipped ears’, since she has a cut in both her ears and it makes her easily recognizable. She’s mostly very calm with cars or people around and well known in the neighborhood as she’s not the youngest anymore.

This time however, she was in a pretty bad state, since she struggled to get any successful kills lately. Therefore she even abandoned her little cub for a while. So sad considering you don’t see a leopard cub everyday. The cub was in such a bad state that he almost fell down while he walked. It truly breaks your heart. And Mmatsebe was so desperate, that we saw her eating old fish heads that fish eagles dropped or left on the ground at one point. Such majestic animals battling to stay alive… I know it’s nature, but you wonder as well whether that is true, because sometimes there are really a lot of cars around her. I always back off when I see that.

One day we found her looking for fish heads again, when all of a sudden she went for the hot bag in the back of a game driver also at the scene. That is not at all ok and very unusual and alarming behavior for a leopard, since mostly they simply ignore the cars. A little bit later, she even approached a car with two children in there. It was clearly she was interested in the kids. Shocking to see! After a little while she luckily walked on, so nothing happened, but it was quite a scary moment.

Thankfully she had a kill again one of the next days and she went straight back to her good old self and also to the poor little cub. He was really week, but pushing through. He made it and also got in better shape quite fast again. There are really resilient. Such amazing creatures! 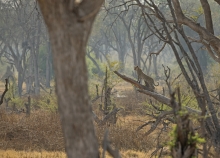 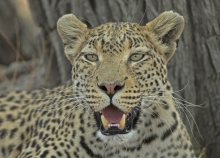 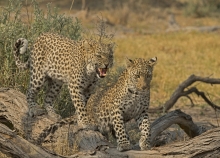 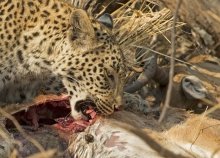 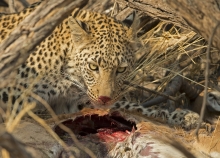 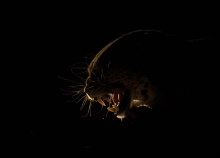 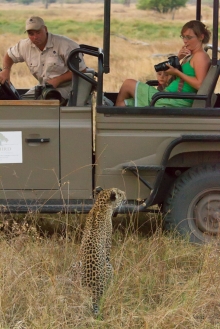 After a great time in Khwai, I returned to Maun to get ready for the next part of the trip: Zimbabwe. I decided not to go too fast and stay at some nice places along the road, so my first night I picked Kubu Island on Makgadikgadi Pans. It was very windy and almost stormy, which provided the surroundings with a bit of a dramatic atmosphere. Fascinating to see, but impossible to take pictures!

The next morning I wanted to continue very early, but soon after, somewhere on a dirt road I heard a big ‘bang’. Turned out the rear of the car went down on the right side. I hit the brakes, so the car slowed down and all of a sudden I see one tyre overtake me! Big problem! I was stuck next to the pans, but luckily I still had reach on my cell phone. I called the workshop I know in Maun and in the afternoon someone came for me. It obviously took a while since it’s nearly 400 km away from where I stranded. It took the guy two days to repair my car, so I had to settle for camping next to the road instead of nice places along the way. Two days later I could continue my journey heading to Mana Pools in Zimbabwe. You can read this story right here. 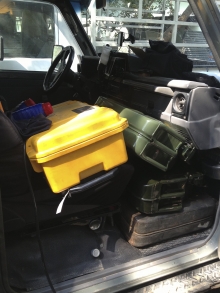 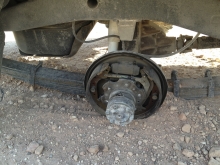 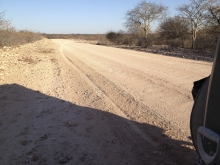 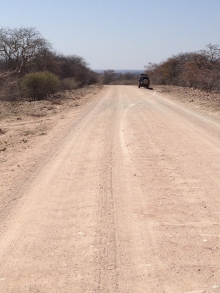 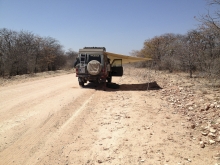 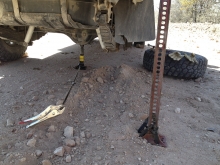 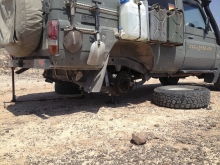 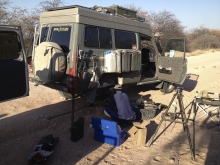 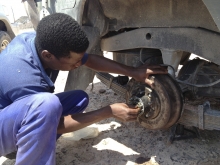